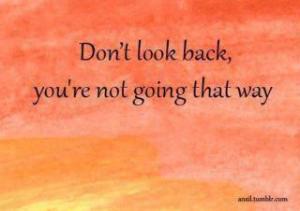 This is the verse so many use to try to shame Christians for discerning poor behavior, ethics, morals, and values: the “judge not lest ye be judged” verse. So many times people say “judge not lest you be judged”. Using only Matt 7:1 is entirely incomplete. This verse is not speaking to not judging at all — it is speaking to not judging unfairly or any other cheap and selfish way. Read the rest of the story …

Matt 7:2-5 “For in the same way you judge others, you will be judged [if we judge with an evil heart or dark intent, His judgment of us will reflect it; if we judge nobly with honesty and justice, His judgment of us will reflect that, too], and with the measure you use, it will be measured to you [if we use extremes or exaggerations or other ignoble means, His judgment of us will reflect it and judging with fairness and compassion will garner likewise in His judgment of us]. Why do you look at the speck of sawdust in your brother’s eye [point out his sins, “minor” in Jesus’ example here] and pay no attention to the plank in your own eye [our own sins, even and especially those we will not admit, magnified by our selective blindness]? How can you say to your brother, ‘Let me take the speck out of your eye,’ [tell him of his “minor” sins] when all the time there is a plank in your own eye [that there are greater or the same sins in our own lives which we do nothing about or think we are above]? You hypocrite* [pointing out the sins of others while by pretense thinking of ourselves as above sin], first take the plank out of your own eye [sincerely ask the Lord for forgiveness and learn and live the Truth and Light by His Word], and then you will see clearly [be in a righteous position] to remove the speck from your brother’s eye [to judge and to help him out of his bondage to sin].” At Galilee, the Decapolis, Jerusalem, Judea and the region across the Jordan, Jesus was talking to the multitudes gathered there after hearing of His message and of His healings to beseech them to not become like the pharisees and hypocrites who think they are above sin.

* Jesus’ use of “hypocrite” in this verse is “hupokrites” {hoop-ok-ree-tace’} meaning an actor, stage player, a dissembler, pretender.

And, as a FEW examples of His desire for us to judge,

Prov. 3:21 My son, preserve sound judgment and discernment, do not let them out of your sight;

John 7:24 Judge not according to the appearance, but judge righteous judgment.

Phil. 1:10 so that you may be able to discern [judge] what is best and may be pure and blameless until the day of Christ…

Matt 7:1 seems to support the allusion that we are not to judge at all if we use small-vision tactics by focusing on only that small piece of the total of what Jesus was saying.

Look at John 7:24. There, Jesus tells us to judge, but to do so righteously. Righteously means to use the Truth of the Word to discern sins and not by appearances only. In 1Cor. 6:2-3 Jesus authorizes us to judge. Judge we must else we could not discern good from bad, proper from improper, righteousness from evil. But judge behavior, not the individual; the deed not the doer; the choice not the chooser. The individual/doer/chooser is accountable for his/her deed/choice, but judge the deed/choice in your judgment. Jesus could see a king in a shepherd boy. And an Apostle in a murderer. So while we must judge one’s behavior we must we try to nurture the goodness in an individual: to separate the deed from the doer.

And to continue, Matt 7:6 says. “Do not give dogs what is sacred; do not throw your pearls to pigs (the KJV says “swine”). If you do, they may trample them under their feet, and then turn and tear you to pieces.” How are we going to know as undesirable the behaviors of “dogs” and “swine” if we do not judge?

Yes, we do have the right and the authority to judge the behavior of others as long as we honor and obey His Word in doing so. That Jesus is the only one who can judge is speaking to judging whether someone is or is not saved. Neither you nor I nor anyone else who ever draws a breath (except Jesus) has the authority to say whether another has or has not been saved. Only Jesus can make that judgment since only He can give Salvation. Nor may we who discern poor behavior based on His Word think of ourselves as “better than” the one whose behavior we judge as poor.

“Let him who is without sin cast the first stone.”

This is another counterfeiting of the Scriptures many have tried to use to shame us for what we do in his name. “Let him who is without sin cast the first stone” is not speaking to judging. Let me explain.

Using the KJV this time, in John 8:1 – 11 scribes and Pharisees had caught a woman in the act of adultery (the woman commonly referred to as the prostitute) and told Jesus who was teaching in the temple that the Mosaic Law required she be stoned to death. Trying to make an opportunity of this to trick Jesus that they might accuse Him, they, with stones in hand, asked Jesus what He says about the Law. After Jesus tried to ignore their repeated questioning, He told them “He that is without sin among you, let him first cast a stone at her.” One by one each man dropped his stone and walked away.

Jesus was not arguing with the judgment. Nor was Jesus arguing the law nor the woman’s guilt. Jesus was arguing with our right to execute the woman. Once all the men had dropped their stones Jesus confronted the woman and asked her if any of the men were still there to condemn her. When she answered “No man, Lord”, Jesus told her that neither did He – He forgave her of her sin. He did not excuse the sin of adultery/prostitution, he forgave her of it. All behavior and thought that is sinful before forgiveness is still sinful after forgiveness. Not only was Jesus not afraid to call a sin a sin, He was not afraid to call a sinner a sinner. He even reminded her of the sin of adultery/prostitution by telling her “Go and sin no more.”

The point of this as applicable to this article? Jesus did not argue the act of judging the chosen behavior of the adulteress/prostitute.

Some have told us we should be more tolerant. “Tolerance” has become quite probably the most abused and misused word in the English language. We will not situationally redefine or conditionally apply His Word to suit political correctness, cultural tolerances, modern ethics and false religions or even to avoid invading the comfort zone of Christians. Jesus spent three days in Hell so you and I would not have to spend one moment there! For too long, well-meaning clergy have pabulum fed the people with watered down Scriptures to avoid invading the comfort zone. We will not do that. We love you too much to feed you lies or less-than-truths. It is people who do who pull people away from the CHRIST of Christianity. Practicing the Christian faith and what is expected of it is being very intolerant … of sin … even our own by His Word, not yours or mine, by embracing the sinner but not embracing the sin; by helping the sinner, even ourselves, out of bondage to the sin by loving him/her enough to tell the Truth. On Judgment Day, Jesus will send the unforgiven sinner into the fiery pits of Hell in a heartbeat. Now that is intolerance. Of sin. And Righteously so. He further will not excuse any single sin. In the example of the adulteress/prostitute, Jesus forgave her sin but did not excuse it. Worth repeating, Jesus did not argue the judgment, the act of judging nor did He argue the law. He argued our right to execute the woman. Adultery/prostitution is just as sinful now, after Jesus forgave the woman of it, as it was before He forgave her. He will forgive us all our sins — past, present, future — if we are humble enough to ask believing. But He will not excuse any sin. All behavior that is sinful before forgiveness is still sinful after. More intolerance. And righteously so.

The Bible provides quite enough knowledge and understanding to make each of us a righteous judge of behavior, even and especially our own if we r-e-a-d it and not just look at the words and use the total of what He says, not just the pieces that seem to fit an agenda: that seem to fill our own bellies; that seem to excuse sin.
I have been guilty of using these verses myself until God gave me a full understanding of them. Revelation from God can only lead to transformation in our lives.

I have been in a battle the past 3 weeks about a dream the lord gave me and i feel he was preparing me for a new season in our lives. I am amazed still how much God loves us and how he operates in our lives. He is so faithful. I am in continual prayer for those i hold dear to my heart. I hope this blog blesses you.

The Noise in my head. View All →

This site uses Akismet to reduce spam. Learn how your comment data is processed.